Violent potentials: exploring the intersection of violence and masculinity among the Bugkalot 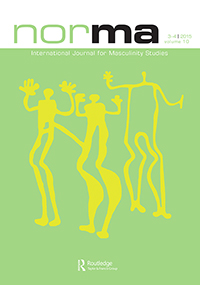 This article explores the social significance of violence as potentiality and performance among former headhunters engaged in ritual killings. Taking its outset in an ethnographic study of violence and masculinity among the Philippine people known as the Bugkalot, we explore how violence as ‘performed violent potentiality’ plays a critical role in relation to Bugkalot men's construction of hegemonic masculinity and the sustaining of complex egalitarian relations. The Bugkalot have a notoriously violent history; until the late 1970s more than half of the adult men engaged in ritual killings. While most Bugkalot men have today abandoned headhunting, the potentials for violence and dominance, which the act of headhunting sought to elicit, remains a critical aspect of masculinity. We propose that a focus on the social significance of performative violent potentiality among Bugkalot men can provide general insights that can also be used in other contexts to understand how men construct hegemonic masculinity by strategically adopting the interspace of civility and violence.