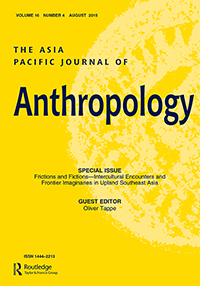 Inspired by a critical reading of James Scott's The Art of Not Being Governed (2009) which argued that Highlanders in Southeast Asia have intentionally evaded ‘state capture and state formations’, I offer a contrasting vision of Highlander motivations and desires from the Central Highlands of Vietnam. I argue that, in pre-colonial times, lowland states and Highland regions have been mutually constitutive through trade, tribute and feasts. Economic, political and ritual exchanges and connections were far more important for both uplands and lowlands than is usually acknowledged, not only in scholarship but in such phrases as ‘remote and backward areas’. For postcolonial Vietnam, I show that Highlanders were often motivated by the desire to become modern, and enacted such desires by joining ecumenes that embody modern universals, in particular revolutionary and Christian ecumenes, exemplifying oppositional pathways to modernity that contrast with those offered by authors Tania Li and Holly High.

Oscar Salemink: "Revolutionary and Christian Ecumenes and Desire for Modernity in the Vietnamese Highlands" in The Asia Pacific Journal of Anthropology, Volume 16, Issue 4, 2015