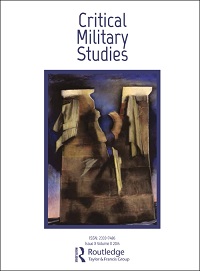 This article takes a point of departure in Denmark’s decision to use the armed forces as a tool of foreign policy, even when this implies deployment to regions where combat and casualties must be expected. Since war, combat, and violence contradict traditional self-understandings of being Danish, recent experiences in Iraq, Afghanistan, and elsewhere have implied renegotiations and reconstructions of the national ‘we’. In this article, I examine how this is reflected in the emergent memorial landscape by focusing on one national monument, two grassroots memorials, and 20 individual tombstones. All memorials, I argue, relate to a recent public discourse about the ‘war-fighting nation’ and the ‘warrior generation’. The national monument eschews references to war and violence to produce a national narrative focusing on ‘effort’ as the core collective value. One grassroots memorial subtly challenges war and insists on possible alternatives. The other silently accepts war, but demonstrates that, apart from the ‘fallen soldiers’ who are commonly memorialized, war produces many other kinds of suffering that remain officially and socially unrecognized. The individual graves and tombstones, which have been designed by the soldiers and their families, memorialize soldiers as professionals with a military belonging as well as persons with numerous social attachments. And they most directly address the war, violence, and suffering that the emergence of a ‘war-fighting nation’ and a ‘warrior generation’ inevitably implies. Assembling different kinds of memorials that represent different positions of authority and power in the same analysis, I argue, provides a unique insight into how Denmark’s recent military adventures are ascribed meaning, contested, and negotiated.