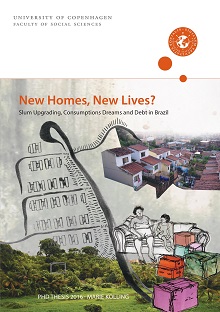 This PhD thesis by Marie Kolling is a captivating ethnography of forced resettlement in the urban periphery of Salvador, Northeast Brazil, and the new lives the families tried to make for themselves in its aftermath in new state-built social housing. The resettlement was part of state-led slum upgrading interventions under the urban development project Better Days (Dias Melhores), a name that alludes to the optimism it evoked. As a woman expressed before she was resettled: “a new house, a new life”. The thesis portrays contemporary Brazil and its massive transformations since the beginning of the new millennium, and how it was experienced and acted upon by resettled families. It analyses their dreams for the future and their attempts to realize them in the rapidly changing Brazilian society. The thesis is based on fourteen months of fieldwork conducted in Brazil between July 2012 and March 2015. 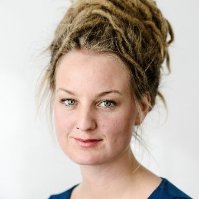 The thesis explores the transition from slum to the social housing, and the slum dwellers’ divergent experiences with the resettlement process and its contested outcomes. To account for how ‘housing was done’, and by engaging with anthropological on housing as process, Kolling develops an analytical framework of four modes of doing housing. It is argued that for the former slum dwellers, doing housing was about doing away with the life in the slum and the stigma pertaining to being a slum dweller.

This stigma persisted in the new neighbourhood even though they had moved away from the slum. Some residents also referred to the new housing as slum (favela). Kolling suggests that this should be understood as a critique of the contested outcomes of the resettlement. It merely provided an upgrade of the built environment of the slum where they used to live.

Among the resettled families, replacing the old television with a flat screen TV, or the old rusty fridge with a brand new one, was central to their sonhos de consumo, consumption dreams, that resembled those of the middle class. Achieving these dreams was, however, not about becoming middle class. Drawing on anthropological literature on consumption and aspirations, Kolling argues that striving for middle-class ideals was not motivated by an aspiration to ascend above their social class, but about achieving distinction and gain social status vis-à-vis other poor people in their community. Kolling shows how their quest for social status and ‘growing in life’, as they said, was confined to distinguishing themselves from others in their community, while simultaneously being shaped by wider societal dynamics such as the current politics of consumption and proliferation of consumer credit.

The interlocutors’ biggest consumption dream was a house of their own, which is examined by extending the analysis to include the housing struggles of residents who were not evicted and the newcomers to the area of São Bartolomeu who were attracted by the slum upgrading project. Squatters built a new settlement in São Bartolomeu hoping that they, too, would receive a house for free through forced eviction. Kolling shows that the struggles for better housing can be understood within what she coins a housing hierarchy. The housing categories are not only practical modes of living. They are also moral categories of distinction, as the specific categories were established among residents in relation to those from whom they wished to distinguish themselves. They indicate that there was a lot at stake in not having the house that enabled the desired life at the top of the housing hierarchy.

Kolling further explores how residents tried to make their consumption dreams come true and climb the housing hierarchy through futurity work. It is a concept she elaborates through an investigation of futurity in Brazilian society and anthropological theory on futurity and hope, to explain the optimistic and anticipatory actions the interlocutors undertook in an attempt to bring an imagined future closer. Trying their luck with various lotteries are among these actions, which are explored.

The residents’ preferred mode of purchasing consumer goods – as well as lottery betting and food – was on credit. Kolling explores the interlocutors credit practices and the ways they got into debt with banks, retailers and with each other, often leaving their debt unpaid. Kolling argues that in the social relations of debt, it was not the creditor who had ‘power’, but the debtors who did not pay and managed to pass on their debt to the creditors. The creditor was in turn were left to deal with the debt and its consequences themselves.

These social relations of debt invoked or accentuated unequal relations between neighbours and within households. Not paying ones debt was also part of a larger pattern of not doing or not returning favours and the drawing of moral boundaries that were continuously tested and contested. Among residents there was what Kolling characterizes conflictous coexistence. It is analysed how in the new social housing complex, this was reflected in the residents’ appropriations of communal space that were characterized by social divisions and tensions.

Brazil receives acclaim for its slum upgrading practices especially by international organisations working with slum upgrading, but Kolling urges that the sharing of these practices with other countries should be done with caution and with attention to the critical findings that this research presents.