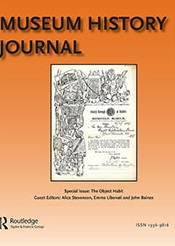 This paper traces the history of a Japanese-funded annex to the Van Gogh Museum in Amsterdam over the past twenty-five years. The analysis focuses on three key years in the building’s history: 1991, 1999, and 2015. Critically examining public debate and media coverage of the building in contemporary Dutch- and Japaneselanguage sources, I argue that changing claims and public perceptions of Japan reflected the country’s shifting economic fortunes and international position during the period. The sources consistently framed the Japanese-designed building within a language of dreams. However, the dreams gradually transformed from desires and nostalgic projections to sleepiness and inactivity. Japan, and the annex as its symbolic embodiment, remained a ‘place of dreams’, but the nature of those ‘dreams’ changed dramatically over the period studied.