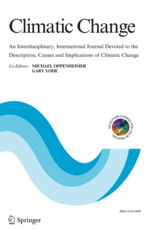 This article presents a small community of High Arctic hunters (the Inughuit in North West Greenland) who have always had to negotiate climatic changes with great impact on their living conditions. This points us toward the natural-social entanglements implied in the notion of the Anthropocene, and to the new intellectual challenges that both natural and social scientists are facing in relation to the current climatic changes. These challenges are discussed through the case of the Inughuit with whom the author has worked over many years. Departing from their dire situation in the 19th century, when they were first described and became known to outsiders, it is shown how flexibility and mobility were always preconditions for survival in this environment. Then, they were trapped in too much ice, while now they have to negotiate a rapidly melting environment. In both cases their response is deeply implicated in their sense of who they were and are, also in relation to a larger world.