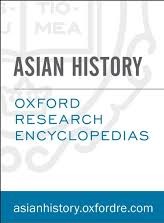 Professor Oscar Salemink has investigated and written the article The Regional Centrality of Vietnam’s Central Highlands.

Vietnam’s Central Highlands—or Tây Nguyên—area is usually described as remote, backward, and primitive, but this region has played a central role in the history of the surrounding states and the wider East and Southeast Asia region. Far from isolated, the Central Highlands engaged in trade in precious forest products with lowland states and beyond since at least the emergence of the Hinduized Cham states from the first centuries ce onward. Lowland and coastal states needed the support of local leaders and traders in order to boost their trade and tax revenues. In addition, as a buffer between various rivalrous polities now known as Vietnam, Champa, Cambodia, Laos, and Thailand, the area occupied a strategic position in the wider mainland Southeast Asia region. With the emergence of a unified, neo-Confucianist Vietnamese state the region lost its centrality until the late colonial era, when its strategic value turned it into a battleground among various Vietnamese parties, France, and the United States. It was here that the outcome of the Indochina wars was determined, but at a terrible price for the local population. After the adoption of economic reforms in reunified Vietnam the Central highlands regained its economic centrality, predicated on the global prominence of its valuable cash crops such as coffee, tea, rubber, pepper, and cashew. This coffee boom was based on the labor of lowlander in-migrants, who displaced and dispossessed the highlanders in the process, turning the national and international integration of the Central Highlands and its renewed centrality into a tragic experience for the Central Highlanders. By taking the centrality of the Central Highlands seriously, Oscar Salemink arrive at an alternative historical periodization, which is developed in the newly published article in Oxford Research Encyclopedias on Asian History.