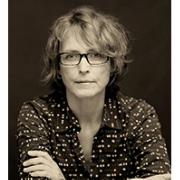 I use visual methods in all my research, basing my approach on the collective production of a media project about the immediate concerns and preoccupations of my local collaborators. Through this collaborative work process and from my position within it, I build up my anthropological insights and knowledge, conveying an intersubjective, embedded and experience-near sense of the local social landscape and the stakes at play. I also develop collaborative digital research and dissemination platforms, both with colleagues and with the people concerned in the research field.

Biometric Border Worlds - Technologies, Bodies and Identities on the Move

In 2016, with three fellow anthropologists, I have embarked on a research project that examines the increasing use of biometric technologies to track the movements of migrants and refugees and register their identities. Technology developers and stakeholders often portray biometric technologies, notably imagery, as objective and transparent. However, from an anthropological perspective these technologies are embedded in specific societal and political contexts and subject to constant interpretation. The project examines these contexts and interpretive processes, investigating how new technologies come into being, their social and political significance, the assumptions attached to their use as well as the identities, practices and relations that they enable and/or disable. The project, funded by the Velux Foundation, contributes to research on migration, identity, subjectivity and social relations, and offers an ethnographically grounded contribution to studies of surveillance, security and technology.

In the project, I study the work of biometric images and the enskilment of vision in the control of migrating identities. Comprehending how biometric images are interpreted, their purported veracity and transparency, and the way they are considered to convey and epitomize identities, on the one hand, and their unwarranted ambiguities and uncertainties, on the other, calls for close analysis if we are to understand biometric technologies, both in their making and in the immediate experience and practice of these technologies by surveillance and border agents as well as by migrants and refugees.

Fieldworks in 2016-2017 with border police in Spain (Ceuta), Denmark and Gibraltar.

Prior projects, fieldworks and mayor publications

My first extensive fieldwork, the basis for my 'magisterkonferens', was concerned with communication, silence and the building of social identites in a small village in Central France. My fieldwork took its outspring in an apparent paradox: nobody said anything but everybody knew everything. I set out to investigate the exchange - and withholding - of words and knowledge, with myself as a crown witness. I couldn't ask, but was informed when it was deemed necessary by others, becoming myself enmeshed in local affairs and having to know in order to navigate in the local social landscape. And gradually my knowledge of local communicational forms, the power of words - and of silence - also grew. The results were published in the book, "Village Voices - Co-existence and Communication in a Rural Village in Central France". The fieldwork and a local land conflict are reflected in the film, "Ainsi va la Terre", coproduced with Arte France.

Omens and Effect - between scientific representations and local life

My second fieldwork took place in French Guiana, an overseas French department, where I worked with a very small indigenous group, the Emerillon (Teko). This group had fallen out of the overall picture, being overlooked by scientists and doomed an imminent extinction. The scientific descriptions had according to my hypothesis taken the form of omens or self-fulfilling prophocies, producing the effects that they described. I set out to investigate why the Emerillon/Teko group - so full of vitality - had been described in such negative terms, by examining the incongruencies between, on the one hand, Emerillon/Teko social and cultural forms, and on the other hand the scientific paradigms through which they had been overlooked or deemed inadequate and that clearly couldn't grasp yet alone account for their particularities.   - As in my former project, the research took the form of a filmic anthropology. Together, we set out to produce a film about Emerillon life in practice, to show the rest of the world that the Emerillon did indeed exist and had a future and thus counter the negative omens. The work was published in the book, "Omens and Effect - Divergent perspectives on Emerillon Time, Space and Existence" and in the accompanying documentary film, "Confluences" (2012).