“To have a family is the next level and I can't go there”: Rupturing the Life Course among Mexican Gay Men in Montreal 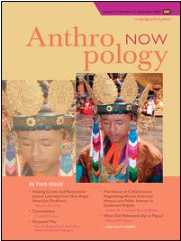 The Montreal Gay Village is one of the largest gay communities in North America, and visitors from all over the world stop by the Village. They all have different levels and kinds of engagement; but often they are short-term tourists.

In this article postdoc Henrik Hvenegaard shows how his informants, Pablo and a group of his friends from Mexico, are constantly trying to navigate between various conservative ideals and liberated sexual values. The development experienced by the group from their arrival in the city goes from liberating themselves into the “gay lifestyle” of the city, not an option for them in Mexico, to reflecting on the substance and consequences of the “gay lifestyle” – or at least what they see as its consequences.
Their interpretation of this certain lifestyle includes staying young and acting immature. To them gay culture is a youth culture – not including children and becoming a father. This reflection interrupts with their understanding of getting older and earning the respect of ageing.


Henrik Hvenegaard: “To have a family is the next level and I can't go there”: Rupturing the Life Course among Mexican Gay Men in Montreal, Anthropology Now, 8:3