Mourning, Grief, and the Loss of Politics in Palestine: The Unvoiced Effects of Military Occupation in the West Bank 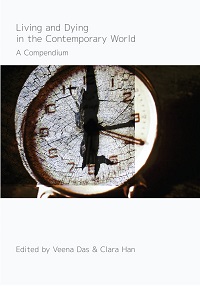 Based on ethnographic fieldwork in the oPt conducted between 2007 and 2011 the chapter presents two different examples of loss caused by the ongoing, violent conflict. I compare the conjugal loss experienced in the case of widowhood with another instance of loss in which the consequences of detention reverberate over other family members but whose effects cannot be easily voiced or acknowledged publicly. I also argue that unlike the language of trauma through which public health literature registers the experiences of relatives and detainees, people are at a loss at giving expression to these experiences in everyday life. Therefore such experiences tend to be placed outside language and at times even in the delicate register of madness. This failed attempt to bring forth experiences in available languages registers painfully how the occupation splinters the Palestinian territory as much as the hearts and minds belonging there. I anticipate the thought that naming something and someone mad may tell us how maddening the circumstance of occupation is experienced to be.

Lotte Buch Segal: "Mourning, Grief, and the Loss of Politics in Palestine: The Unvoiced Effects of Military Occupation in the West Bank" In:  Living and Dying in the Contemporary World: A Compendium. Eds. Veena Das and Clara Han. Berkeley: University of California Press