Figurations of the Future: Forms and Temporalities of Left Radical Politics in Northern Europe 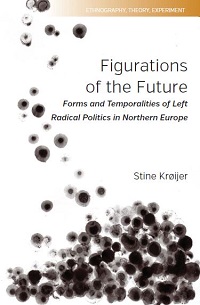 Built around key events, from the eviction of a self-managed social centre in Copenhagen in 2007 to the Climate Summit protests in 2009, this book contributes to anthropological literature on contemporary Euro-American politics foreshadowing recent waves of public dissent. Stine Krøijer explores political forms among left radical and anarchist activists in Northern Europe focusing on how forms of action engender time. Drawing on anthropological literature from both Scandinavia and the Amazon, this ethnography recasts theoretical concerns about body politics, political intentionality, aesthetics, and time.

“An excellent, intriguing, book [that] puts forward a number of connected theses, in activist politics... the emergence of a certain regime of temporality with ‘cosmological’ import and the priority of form over content in the generation of a certain indigenous concept of style that is importantly different from the classic Birmingham-school notion.”  ·  Eduardo Viveiros de Castro, Federal University of Rio de Janeiro