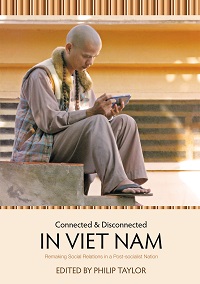 In this chapter in the book Connected and Disconnected in Vietnam, Professor Oscar Salemink looks at Vietnam’s rapid heritagisation since 1993 in terms of connection and disconnection with reference to the inspirational ideas about spectacularisation in Guy Debord’s pamphlet The Society of the Spectacle (1994). Heritage is arguably a Debordian spectacle, in the sense that something that was an object to use, a place to live, a place of worship or an object to worship, or a ritualised event, becomes an image of such cultural sites, objects or practices representing the past. Temporally speaking, part of the attraction of heritage lies in its claim to represent the past and to point the way towards the future.