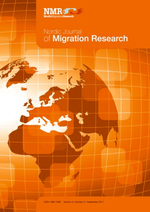 Ethnographers are increasingly making use of Facebook to acquire access and general acquaintance with their field of study. However, little has been written on how Facebook is used methodologically in research that does not have social media sites as the main focus of interest. This article argues that engagement with Facebook as a methodological tool can be useful in research among migrants in highly politicised fields. Pointing to a discursive construction of Filipina au pairs as victims of labour exploitation, the article shows how fieldwork on Facebook enables the exploration of the ways in which the au pairs resist and embrace such dominant representations, and on how such representations are ascribed different meanings in the transnational social fields of which the migrant are a part. The article is based on ethnographic fieldwork conducted between 2010 and 2014 in Denmark, the Philippines and on Facebook.